Home/Tracker Installation, Blog/3 Methods of Vehicle Theft You Need to Guard Against

Ever wonder how your car keys work? How far the signals it sends out can travel? Do you even think about where you sit your keys when you get inside? A hook on the wall in the hall is not a smart move!

Discover the three techniques organised crime gangs are using to steal vehicles that are difficult to defend against. Once you know the tactics, take the recommended steps for vehicle theft prevention to save yourself from becoming a target of a high-tech criminal.

Whether you have old-school car keys or electronic key fobs, they are at risk at being stolen. Older keys need to be physically stolen, but they can also be copied. Electronic key clones do the exact same thing as having an old car key cut. It clones the signals and the unique pairing code on the key fob, creating an identical second key.

Where people let their guard down is handing the car keys to strangers without thinking. Places thieves tend to target are valet services, car washes and garages. The places where you might hand your keys to a member of staff. It only takes seconds to clone an electronic key fob. The car may not be stolen right away, but instead left for months before the key is used. This makes it tricky for owners to recall where the key could have been cloned. When it happens, people think about the most recent events. Not what happened out the ordinary months back. 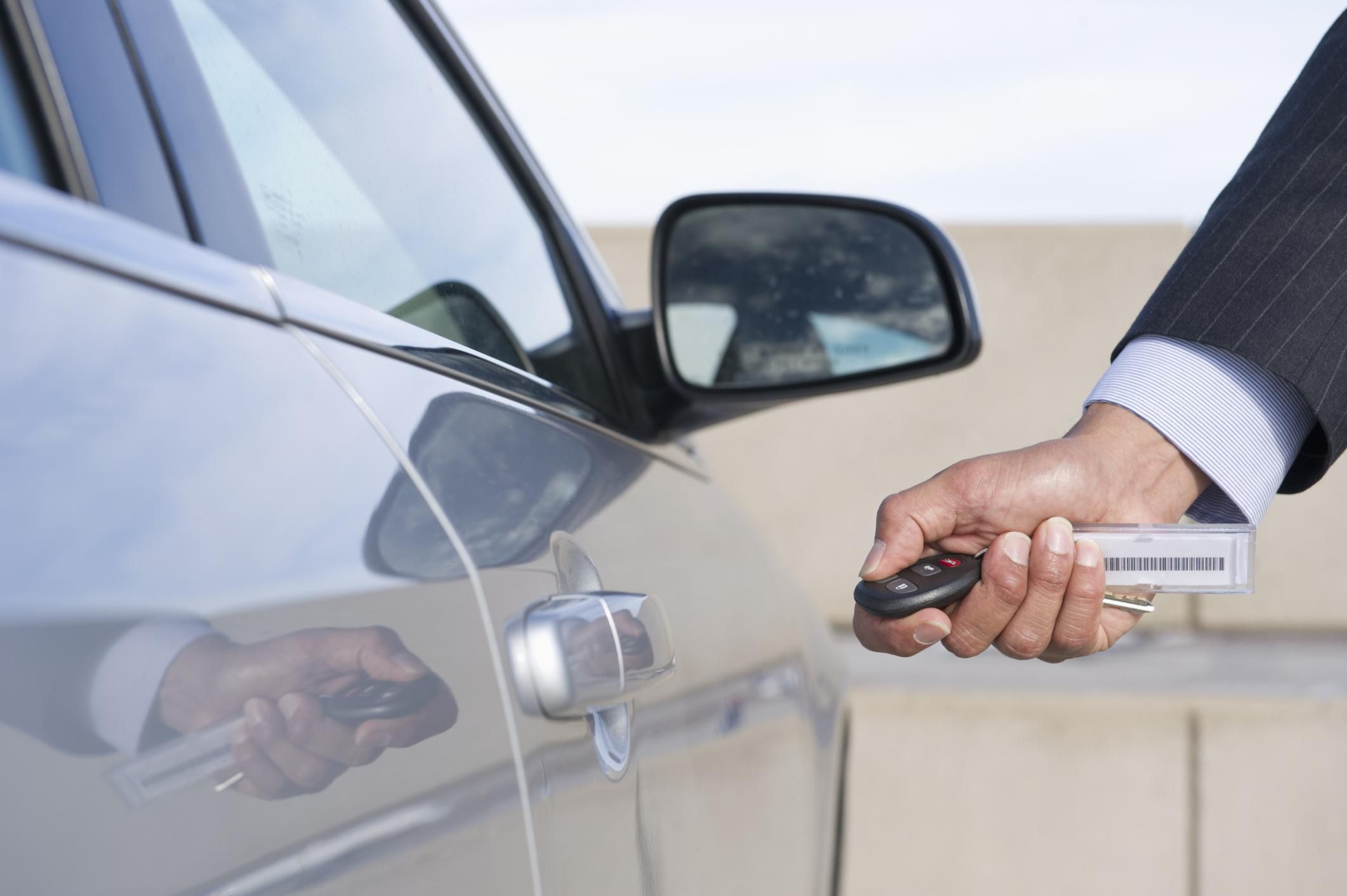 Relay theft is a problem on new vehicles with keyless entry. This technique requires planning so this is not an opportunistic theft scenario. It is organised crime. Stealing a vehicle by relay needs at least two people and the technology to pull it off. One person will position themselves near to where the vehicle key fob is and use a signal booster to amplify the signal, which is then relayed to a second device that the partner in the operation has and they’ll use the signal to open and start the vehicle.

Security precautions you can take to defend against relay attacks is to keep your key fob away from doors and windows, and there are also faraday bags for car keys you can get that are signal blocking. These bags work the same as RFID wallets do to prevent contactless cards being cloned by blocking Radio Frequencies. In the same way, the faraday bags block the signal from your keys. 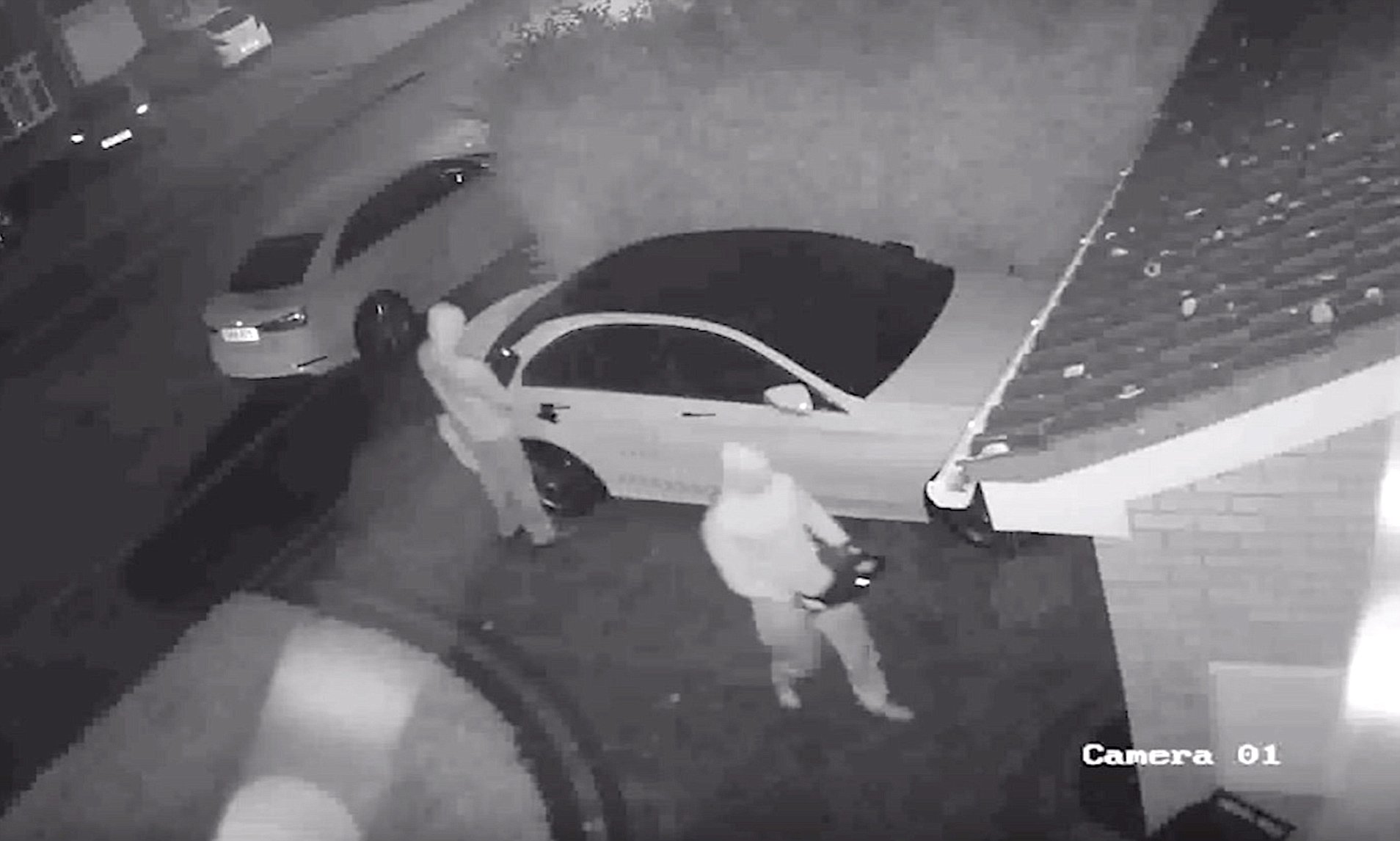 “Handout still from CCTV footage issued by West Midlands Police of two men using relay boxes to steal a Mercedes parked on a driveway in the Elmdon area of Solihull, West Midlands. PRESS ASSOCIATION Photo. Issue date: Sunday November 26, 2017. Footage has been released of one of the first “relay crimes” to be caught on camera – where thieves can steal a car without needing keys. “

Every vehicle has On Board Diagnostics (OBD) and it’s a huge weakness because all that’s needed to reprogram the OBD-II port is a blank programmable key fob and a pick lock. Gain entry to the vehicle, plug into the OBD port, reprogram the on-board computer, and the system can be hacked to trick the vehicle computer into thinking it has been connected with the authentic key. Thieves can gain entry into a vehicle, start it up and drive off with it in under two minutes. 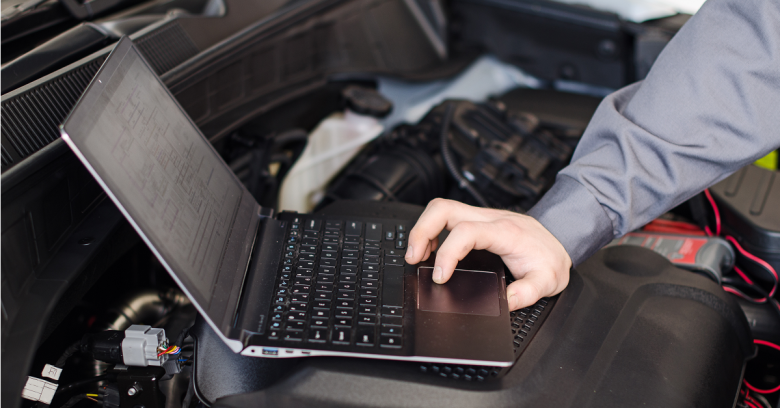 Smart vehicle trackers are designed to be discreet and wireless, so as not to need connecting to the vehicle’s on-board computer. This way, even if a vehicle is stolen with a reprogrammable fob, the owner can alert the authorities of the precise vehicle location, they can intercept it faster, and get the vehicle returned to its rightful owner with minimal damage.

While you may struggle to defend against the new-age tactics of criminals, you can use next-gen technology to keep up and track your vehicle’s movements should the security be compromised.

Get in touch with Infiniti Tracking today to discuss your options and vehicle fitting!