Fancy getting the same level of cover for less money? That’s the easy part. Just don’t rest on your laurels by letting your car insurance auto-renew. That’s almost always guaranteed to be the priciest option.

Instead, take advantage of technology that sends alerts to every insurance company (apart from Direct Line) and have them send a flurry of competitive quotes to your inbox.

Rather than you getting quotes from multiple insurers, take advantage of comparison sites that send notifications to the quote engines insurers already have to let them know that you’re ready to break ties with your current insurer.

The main four comparison sites are:

In addition to the above, Direct Line should also be included because, as the name implies, they only give quotes directly as they don’t pay comparison sites to be listed, so the only way to get a quote is to use the website at DirectLine.com.

Filling in the Questions…

Each site you visit will have you go through the same series of questions… Your personal details, number of years no claims bonus, any claims in the past five or so years, etc. and the all-important vehicle security questions, including where you park it overnight, during the day, and the details of any security devices fitted to the car, one being, if it has a Thatcham-Approved vehicle tracker or immobiliser fitted to the vehicle, and if it’s factory-fitted.

If you’re unfamiliar with what devices are installed in your vehicle, the details will be in the vehicle handbook. Generally speaking, any model manufactured in the UK or the EU after 1998 must have an approved immobiliser installed. The only alarm systems with tracking capabilities recognised by insurers are Thatcham S5 Car Trackers and Thatcham S6 and S7 Vehicle Trackers, provided they are installed by a certified installer. Other types of factory-fitted security devices aren’t likely to affect premiums as much. 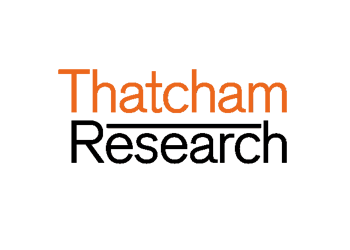 Factory-fitted devices are not as secure because they’re usually located in the same place in all the vehicles. Once thieves know where to locate the tracking devices installed by the manufacturer, that make and model becomes a hot target for thieves. Unsurprisingly, 10 of the most stolen models of cars in Britain were also the ones with the most sales. Once thieves figure out where a new model has the security devices installed, it’s more likely they’ll go after the same model again.

An independently Fitted Thatcham-Approved Car Tracker is an Upgrade worth Considering!

Independent installers are careful to fit car trackers in discreet locations that are in the most difficult to access area of the vehicle. One of the most important aspects is not just the type of device that’s being fitted but ensuring that it is fitted in a way that’s as tamper-resistant as possible. Depending on the device, some can even be set up to send out tamper alerts.