It’s hard to think of Tesla without thinking about Elon Musk. He has become synonymous with the electric car giant, but he wasn’t part of the original company. Tesla Motors, as it was originally called, was founded by two American entrepreneurs, Martin Eberhard and Marc Tarpenning.

Named after the Serbian / American investor Nikola Tesla, Tesla was founded in 2003 to develop an electric sports car. One of the largest initial investors was PayPal’s co-founder, Elon Musk. Musk initially invested $30 million and their first vehicle rolled off the production line five years later. Within that time period both Eberhard and Tarpenning left the company, with Musk eventually taking over as CEO.

Since then, Tesla has gone from strength to strength. Their range of cars has increased, as has the distance their electric vehicles can travel. With more and more consumers choosing electric vehicles over their gas-guzzling counterparts, finding a car tracker for your Tesla is an increasingly popular search. Let’s look at the best options for you.

Before we get started, we know what you’re thinking, Tesla vehicles already have a car tracking system built-in to the software in the car, so why do you need a car tracker installing? Well, you’re right…..well, kind of.

It’s true that the Tesla app gives owners a real-time location of their vehicle. Should it be stolen, you can pinpoint it’s location, but the problem is that, because it’s an electric car, many of its features have to be optimised to save battery power. Because of this, the inbuilt tracker only updates when the car is moving. Once the thieves have stored the car, whether it’s in an underground car park or in a shipping container, if it’s not moving, it’s not active. The chances of recovery are massively reduced.

Installing a dedicated car tracker will not only ensure that you can keep tabs on the vehicle whether it’s in motion or not, it can also reduce your insurance premiums.

Owning a luxury brand like Tesla means that you’re probably going to be looking for an S5 tracker, Thatcham’s highest criteria for these devices. The two we would recommend are: 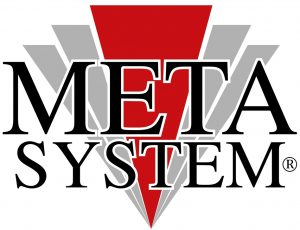 Meta Track S5-VTS is one of the best-selling trackers because of the mix of cost-effectiveness and its feature-rich specifications.

You get all the features you would expect from a Meta Trak tracker like European coverage, battery back-ups, journey history and a host of alerts including low battery, tamper, geo-fence and motion. Being an S5 tracker means that you also get Driver ID tags. These small devices are kept with the driver and only disarm the car when they are in close proximity of the vehicle. If they’re not and the vehicle moves, the alarm will be raised by the 24-hour control centre.

The second Tesla tracker we’d recommend is the S5 VTS from ScorpionTrack. This is another fantastic S5 tracker with an even more comprehensive list of features to keep your Tesla exactly where you left it.

Like the Meta Trak above, you get a fantastic insurance and Thatcham-approved tracker with all the alerts you would expect. You also get a dedicated smartphone app, but this one has a couple of extra tricks up its sleeve. This one incorporates GPS, GLONASS, Galileo and GSM technologies to make its location even more precise. Not only that, but it also comes with OBD hacking protection to make sure no malicious software can be installed via the car’s On Board Diagnostic port.

Driving a Tesla is a real status symbol when it comes to automobiles, but that’s also a reason why thieves find them so attractive. Installing a dedicated tracker that works all the time is something that puts the power of your electric car firmly in your hands.