What Are The Best Range Rover Trackers?

What Are The Best Range Rover Trackers?

Their sheer size and status has made them de-rigour amongst those looking to take the road in a vehicle that has become a true modern-day classic. As they became synonymous with wealth and stature, the Range Rover became popular with scumbags who didn’t want to put the work in to buy one, and would much rather steal to order. Thankfully, there is a way to fight back with a vehicle tracker and we’ve got some amazing devices for you.

Let’s take a look at a couple of the very best Range Rover tracking devices on the market today, all of which you can get from us here at Infiniti Tracking. 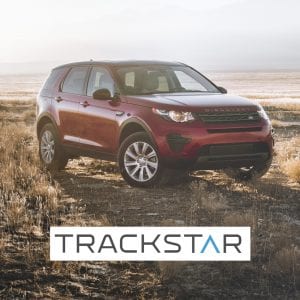 Trackstar are one of the most reputable companies in the vehicle tracking field. In fact their products currently monitor over 200,000 vehicles across the UK and Europe, so you know you’re in good hands. Their Trackstar S7 is actually their most popular product and with good reason.

It’s a Thatcham-approved tracking system, but not only that, it’s also insurance and police approved and is trusted by many vehicle manufacturers, including Range Rover, Land Rover and Jaguar. It’s the ONLY tracking brand approved by Range Rover themselves here in the UK.

As you would expect, you get all the features you’d want; 24-hour control centre, battery back-up, battery disconnect, tow-away, motion and low battery alerts, all managed via Trackstar’s own smartphone app. Should you transfer to another Range Rover, or any other vehicle, you can easily move the system to your new car.

This system really does put you in control of your own vehicle’s security and gives you the peace of mind with a wealth of features lesser systems can only dream of.

For you Range Rover drivers, you know all about high quality and they really don’t come much higher than this; the Trackstar S5.

As with their previous offering the S7, the S5 builds on the incredible range of features in that model and takes it to the next level. The S5 uses driver recognition tags to add another layer of security for your Rover. The tags, of which you get two, act as an ID for the tracking and, once they are in proximity of the vehicle, the device disarms. Should the vehicle be moved without the tags being nearby, then an alert is sent to the control centre, which operates 24/7 and you get an alert via the Trackstar app on your phone

Naturally, the S5 is a feature-rich tracker in addition to those ID tags. You get European coverage, battery back-up, GPS, and GSM tracking technology in addition to a wealth of alerts from low battery, motion, and battery disconnect. You really can’t get much better than this incredible device to keep your Range Rover exactly where you left it.